The Importance of History​​ 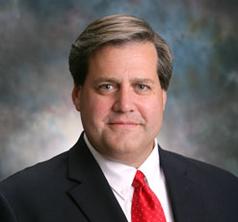 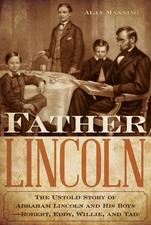 Quote of the Month:

It is hard to fail, but it is worse never to have tried to succeed. In this life we get nothing save by effort. -- Theodore Roosevelt

“Those who don't know history are doomed to repeat it.”
― Edmund Burke

“The farther backward you can look, the farther forward you are likely to see.”
― Winston S. Churchill

“To be ignorant of what occurred before you were born is to remain always a child. For what is the worth of human life, unless it is woven into the life of our ancestors by the records of history?”
― Cicero

“If history were taught in the form of stories, it would never be forgotten.”
― Rudyard Kipling

Alan Manning is an independent historian, author, speaker, and educator. His area of expertise is presidential history, including biographies of the presidents, Constitutional powers of the presidency, and elections.

Alan's book, FATHER LINCOLN: THE UNTOLD STORY OF ABRAHAM LINCOLN AND HIS BOYS (Lyons Press, 2016) reveals a very human side of Abraham Lincoln largely ignored by previous biographers: Lincoln as the father to four sons.  A combination of history, biography, and family culture, FATHER LINCOLN follows Lincoln from his growing law practice in Springfield through the turbulent war years in the White House, highlighting the same challenges that many fathers face today: balancing a successful career with paternal responsibilities. In taking the spotlight off of Lincoln the president and instead shining it on Lincoln the father, we see not the imposing marble statue of a determined president sitting inside the Lincoln Memorial, but a man frolicking with his sons on the floor of the White House; we see not the thoughtful, burdened president delivering the Gettysburg Address to a war-torn nation, but a man quietly reading bedtime stories to his sleepy-eyed sons; and we see not the resolute commander-in-chief seeking out winning generals and forming war policy, but a man wrestling with his own grown son’s desire to join the army and go off to war. Sadly, Lincoln twice had to cope with every parent’s worst nightmare: the death of a child. Eddy, his second son, died before his fourth birthday, and Willie, regarded by some as Lincoln’s favorite, died in the White House at eleven. Vividly drawn and immensely illuminating, FATHER LINCOLN is a must-read that challenges the commonly accepted belief that Lincoln’s busy career resulted in a strained and distant relationship with his eldest son, Robert, and completes the portrait of one of the most popular, significant, and complex figures in American history.

In his books, Alan's deep knowledge of and passion for presidential history draw the reader by vividly telling compelling stories from the past and relating those stories to current events and the reader's own life experiences.   In addition to writing books intended for a wide audience, Alan is a frequent speaker and lecturer on the topic of presidential history, bringing alive to large and small audiences alike important figures and events from our past in a way that is entertaining, motivating, informative, engaging, practical, and sometimes humorous.